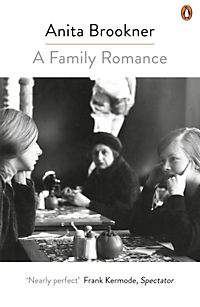 As for the written word, this disciple of Marcel Proust and Henry James re-reads the classics, but scorns the 'negligible' fiction of today. Nabokov – dandy, émigré, melancholy wit – is the last great novelist for her.


Taking it slowly, savouring its Jamesian rhythms, I've at last got to the end of my reread of A Family Romance. Dolly, its focus, appears at intervals throughout the novel, in different iterations or manifestations. Take this memorable vignette from chapter 7:


...her bitter European face, as revealed in sleep, in the half light of the car, the effervescent mask for once cast aside and the grim working woman revealed.

And in chapter 8 we see her later still, at sixty-eight, reduced, all but friendless, with navy-blue hair and no make-up and wearing flat shoes.

This late incarnation of Dolly is very striking and the scene well handled. One is reminded of Nabokov and the end of Lolita, when he presents Lolita as grown-up, pregnant, ruined, and this is the version the narrator at last falls in love with.

Or one hears echoes of Proust's Swann when Dolly, explaining the attractiveness of her worthless paramour, says, 'Harry was my type; do you understand?'

Near the end of A Family Romance is a line that some critics at the time found difficult to accept, but which seems to grow in integrity as the years go by. As I've said before, Brookner's are novels for the future.


But I realised then that love was unpredictable, that it could not be relied upon to find a worthy object, that it might attach itself to someone for whom one has felt distaste, even detestation, that it is possible to experience an ache in the heart because the face that responds to one's own circumspect smile is eager, trusting.

Posted by The Brooknerian at 08:30