Interviewer: So far all your novels have been the same length, around two hundred pages, with the same group of characters and more or less the same circumstances producing the same results. (Although Family and Friends has a bigger cast of characters.) Are you not afraid of being accused of writing to a formula, even though of your own creation?
Brookner: I have been so accused! But the latest book, The Misalliance, is much longer and has a broader canvas. It is quite different from the others...


More recently, perhaps since the widespread use of word processors and computers, novels have been longer, a hundred thousand words being the new standard.

Brookner's comments in the Paris Review interview are curious. A (or The) Misalliance is in fact one of her briefer works, somewhat short of the 'two hundred-odd pages of genteel misery' decried by David Sexton. Its paragraphs are dense, and this may have made it seem long, but I wouldn't estimate it at much beyond the 60K mark.

Her longest novel is probably Lewis Percy, and it feels different, more expansive. But in many Brookner novels there is an exiguousness, a tendency to want to finish and have done, even a vague distaste for the whole fictional project.

Perhaps Brookner was aware that some readers felt shortchanged, and this led her subconsciously to overestimate the length of A Misalliance; or, in A Family Romance and A Private View, to write monstrously long chapters; or in Incidents in the Rue Laugier, to extend the novel at both ends with a framing device that feels as if it wasn't quite planned. Yet by the end of her career, with Leaving Home and Strangers, Brookner's novels shrank back to the length of her earliest work. And 'At the Hairdresser's' was of course a novella, a Jamesian 'blessed nouvelle'. 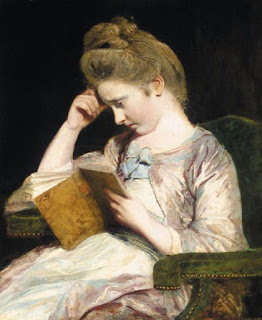 Posted by The Brooknerian at 18:03

Email ThisBlogThis!Share to TwitterShare to FacebookShare to Pinterest
Labels: A Family Romance, A Misalliance, A Private View, Anita Brookner, At the Hairdresser's, Incidents in the Rue Laugier, Leaving Home, Paris Review, Strangers