Poleaxed: Brookner at the Booker 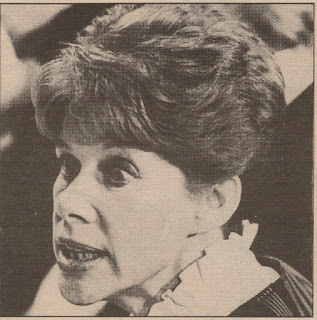 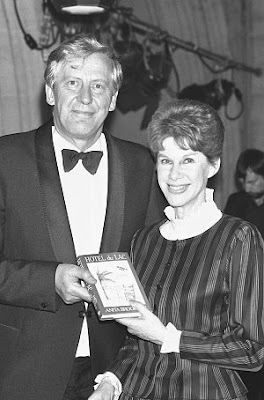 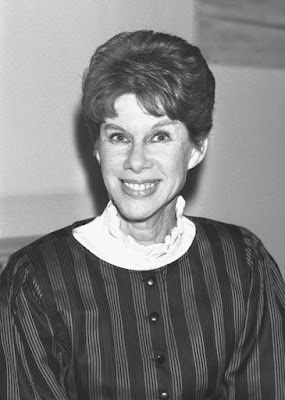 Anita Brookner was in no way the favourite to win the Booker-McConnell Prize in October, 1984. It was a strong year, with many more 'Booker-friendly' novels in the running. There was some carping afterwards. Anthony Burgess, speaking on a literary talk show, made a comment about 'menstrual cramps in Swiss hotels'.

Brookner's shock is evident in the first photo, as the prize is announced. She was later interviewed on television, by Melvyn Bragg or Selina Scott (I once had a video of the clip, but cannot locate it now). She said winning had left her 'absolutely poleaxed'.
Posted by The Brooknerian at 13:01