Leaving Home, published without fanfare in 2005, is in danger of being forgotten. It's very short and, for Brookner, hardly revolutionary in its subject matter. It hasn't, for example, the novelty of being about a man. A Private View, The Next Big Thing and Strangers, all tales of Brooknerian guys, and therefore not the stereotypical 'Anita Brookner novels about lonely women', were heralded with major press interviews. Not so Leaving Home.

It tells the story of Emma Roberts - 'cautious Emma Roberts', insists the blurb - and her contrasting relationships in England and France. Brooknerian binaries are at once in operation: London / Paris; caution / expansiveness; order / chaos.

Other themes - home, leaving home, the provisional nature of home - are typically Brooknerian, recalling earlier works, including the first. But Brookner's preoccupations lose nothing in the repetition, are instead re-energised. Her fiction's conflicts are as unresolved here as they always were, though perhaps not as fully explored, perhaps a little summarily handled and neatly deployed.

This air of ordered lightness is disrupted early on by Emma's mother's death. This is a familiar plot point, but its potency is undiminished. More, I find myself responding differently on this re-reading. I first read Leaving Home when it came out. I was, I think, a more dispassionate reader then. Experience has put paid to that, and now I read the novel with something of Emma Roberts's fear and terror, something of her hammering heart.

The death of Emma's mother is, however, soon dealt with. As is common in late Brookner, the plot is episodic, a sort of tragic picaresque. On first reading I was irritated by this, preferring the tighter focus of earlier novels. It seemed to me, in 2005, that Brookner's revisiting, in miniature, of earlier situations was like a fading singer giving fans her greatest hits. I see it differently now. Brookner retreads old ground because she wants to find something new. There is something obsessive in this, but it's a characteristic of the best writers.

Leaving Home is ultimately a strange, depressed and enigmatic novel. Its concision is more reticence than lightness; the hairpin bends of its plot owe much to a kind of authorial disaffection, an almost perverse frustrating of the reader's expectations. There's a memorable scene near the middle of the novel, in which Emma watches her lover's grown-up son while he sleeps. It is a troubling, confused episode, described in full, with full Brooknerian apparatus, including a reference to Old Master paintings. But the moment goes nowhere. Emma doesn't even speak to the young man. We're very deep, here, with this penultimate novel, into the Brooknerian abyss. 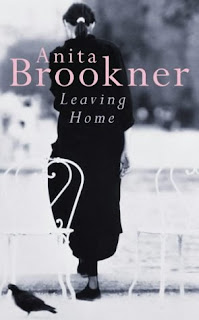 Posted by The Brooknerian at 06:40