James had three incarnations: James the First, James the Second, and the Old Pretender. The novels of Anita Brookner (a writer who, at first glance, doesn't seem to 'develop' - to borrow a term from Larkin) fall perhaps into four phases.

The four novels culminating in the Booker win (A Start in Life, Providence, Look at Me and Hotel du Lac) are sombre reads, solid, not starry, never presumptuous. 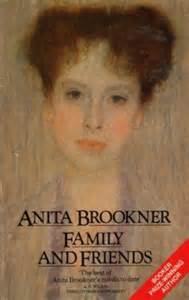 Seemingly in receipt of dithyrambs for every subsequent effort, Brookner became in her second phase (beginning with Family and Friends) a little - shall we say? - smug, a little complacent. Those novels of the mid to late Eighties feel over-assured, at times too ambitious. 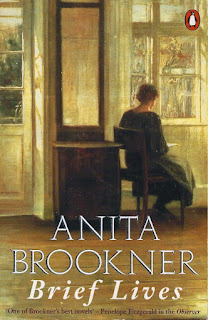 Brookner worked best in reaction against the prevailing culture. Critical opinion turned sour in the 1990s. Thus, with Brief Lives, begins her third phase. These are masterly books, Jamesian, the language as mandarin as James's, the themes unfashionable but enduring. 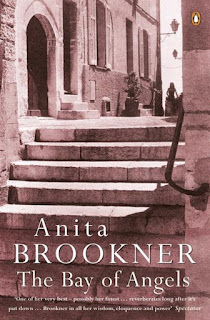 The last phase comes in the 2000s, with The Bay of Angels. The Brookner world narrows, darkens. She no longer writes a novel a year. The prose is fleeter of foot, sometimes even demotic. She gives brisker, lighter interviews. She finishes in 2011 with a novella, 'At the Hairdresser's' - one for the fans, truly a retreading of old ground.

But Brookner's fiction, though it was often so accused, was never as predictable as some supposed. Rereading always uncovers fresh perspectives. George Eliot, as John Bayley once said, was, by comparison, a one-track performer.
Posted by The Brooknerian at 07:36

Email ThisBlogThis!Share to TwitterShare to FacebookShare to Pinterest
Labels: A Start in Life, Anita Brookner, At the Hairdresser's, Brief Lives, Family and Friends, Hotel du Lac, Look at Me, Providence, The Bay of Angels