Brookner has been interestingly served  by her covers. Early editions showed either paintings mentioned in the text or images of pensive single women. Commissioned artwork was also seen, especially for Hotel du Lac, and the image of a table on a balcony became representative of the novel in later editions.

In the 1990s Penguin took over the publication of Brookner's paperbacks and later, through the Viking imprint, the hardbacks too. Initially Penguin favoured paintings, but towards the 2000s they settled on photographic covers.

The posthumous republication by Penguin of almost all of Anita Brookner's novels was a minor event, though the covers aren't always successful. Many of the images seem to be set in the 1950s and 60s, but A Private View (for example) is set, as we learnt in a previous post, firmly in the Nineties.

It is possible the photographic covers were inspired by the Alvin Langdon Coburn frontispieces Henry James commissioned for the New York Edition of his novels. For example: 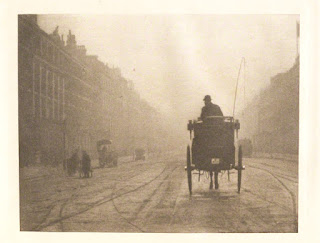 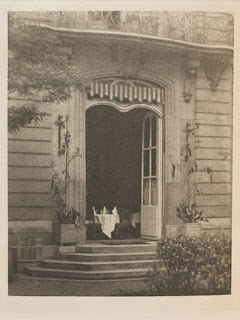 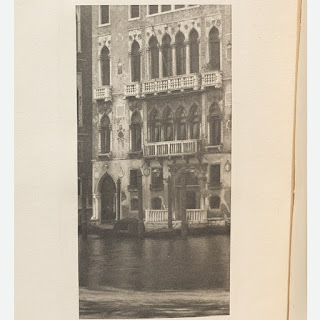 The last feels Brooknerian. One thinks of A Friend from England or Strangers.
Posted by The Brooknerian at 05:53