I'm not really a fetishiser of my books. But at a loose end one of these drear days I decided to take stock of my rather limited collection and try to dedicate at least some of the year ahead to improving it. How I'd love some more of those 1990s Jonathan Cape hardbacks - the editions I first encountered, in my local library, during the earliest days of my fandom! Or maybe one or two from the Penguin posthumous reissue, of which I sadly own none. Those covers are really growing on me.

But anyway, for those of you who are interested, here are my Brookners in all their questionable glory. (And I hope you like the collective noun in the title of this post. I don't. I've never approved of collective nouns.) 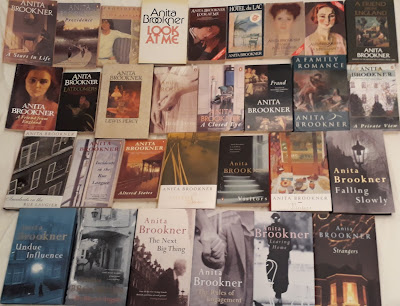 Now for the different suits. A game of solitaire, you might say. The 1980s Triad Graftons: 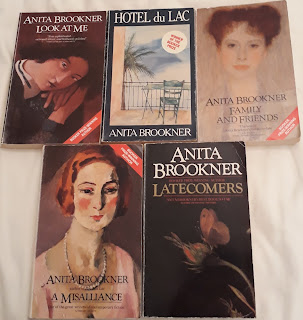 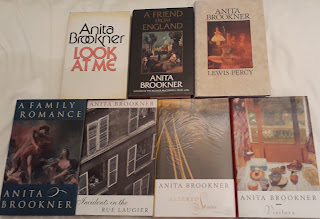 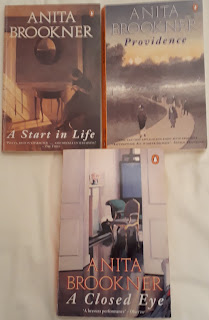 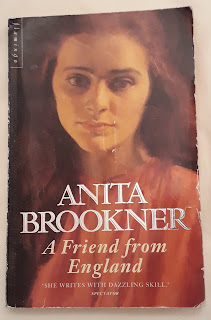 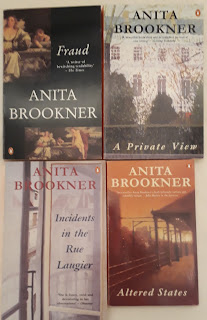 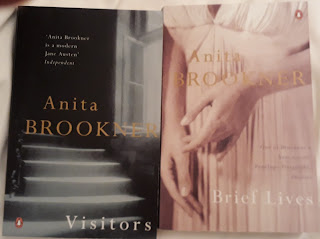 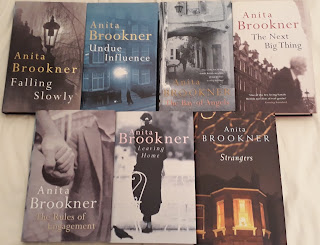 Posted by The Brooknerian at 07:01