Kazuo Ishiguro’s Nobel Prize pleases me greatly, and it would have pleased Anita Brookner, who championed Ishiguro’s work, especially his earlier novels. She particularly liked his much maligned fourth novel The Unconsoled (see her Spectator review here), a work I’ve never quite plucked up the courage to reread. It infected my dreams.

I saw Ishiguro in Edinburgh in August 2000. He was a short, slightly plump figure with long mobile fingers and a clipped, patrician voice. He was speaking about his fifth novel, When We Were Orphans, which, like The Remains of the Day, is set around the second world war. He worried, he said, that the war might be a ‘technical convenience’ these days, but felt that the great questions of our age might be tackled better by not setting a novel in the modern affluent free world.

Servitude had been the theme of The Remains of the Day. The English and the Japanese soul were, he said, similar, in their reverence for order, though he was ‘never aware of making deep comments on the Japanese or British class system’. The starting point for Remains had been a universal metaphor: we’re all butlers – butlers in our position vis-à-vis power.

Some people said he was very English, others that he was very Japanese. But it was all surface mannerism. We all avoid or hide dangerous emotions, he said - even in California, where they seem so ‘open’. But really they’re not. Therapy-speak self-presentation is merely another mask behind which we hide.

He went on: Nostalgia has had a bad press, but it’s a very pure emotion, and harks back to childhood. What idealism is to the intellect, so nostalgia is to the emotions. It’s about remembering when the world was a kinder place and making the journey into the adult world, and feeling with regret that that world isn’t such a sunny place. Mine, he said, is a peculiarly motivated fictional world. I will take a notion people have of, say, someone who’s ‘looking for a father figure’ – and then bend reality so that a character actually is looking for her father.


My writing, he said, is about the urge to mend something you can’t possibly mend through writing. Memory is endlessly fascinating – it’s the filter through which we tell things about ourselves. Not what happened but what we tell ourselves happened. In my novels the viewpoint is really a long way inside the narrator's head. 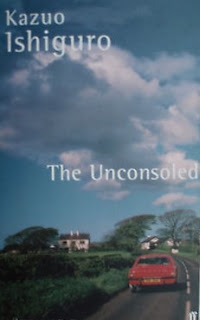 Reminds me of something... 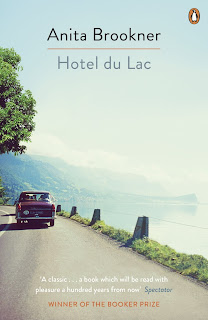 Posted by The Brooknerian at 18:43