Mrs Palfrey at the Claremont: now a major motion picture!

I reread Elizabeth Taylor's Mrs Palfrey at the Claremont (1971) as part of my 'Hotels in Literature' series (see previous post). But I was resistant to the 2005 film, largely because I knew it wasn't set in the early Seventies. The producers had made the decision to update the story to the present, and I felt this might be an issue.

Within the first ten minutes we get references to Mrs Thatcher and Sex and the City, which sound incongruous. And there is of course a central problem with the set-up: old people simply don't live as residents in hotels any longer.

The bigger bugbear is with the film's tone. The supporting players plainly think it's a comedy and are hamming it up. We have the porter Summers, whose face is vaguely familiar from a hundred minor character roles, and Mrs Post is played by Marcia Warren, whom I remember from a forgettable Eighties sitcom called No Place Like Home. Then - God help us - there's Anna Massey (Edith Hope herself) as Mrs Arbuthnot. Everyone seems to be trying too hard. 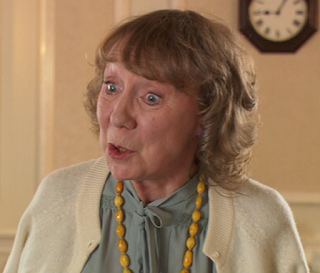 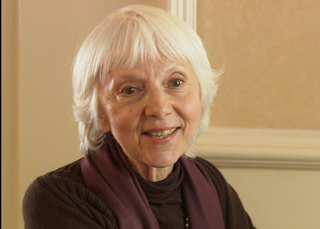 Everyone except Joan Plowright as Mrs Palfrey. She seems to be in a different film. She notably underplays her part. She's sombre, serious. When playing against Anna Massey - the apparently terrifying Mrs Arbuthnot - Plowright, simply by virtue of the integrity of her performance, has the psychological upper hand, which somewhat undermines the intention of their scenes together.

The director knows she's the film's best asset. Plowright gets multiple close-ups. When she's in shot, the film holds back on the rather sentimental and at times comic score. 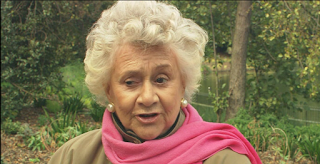 The relationship between Mrs Palfrey and Ludo is handled well. Their scenes together have much of the ambiguity they have in the novel. The scene in which he sings to her and she becomes tearful is appropriately uncomfortable. 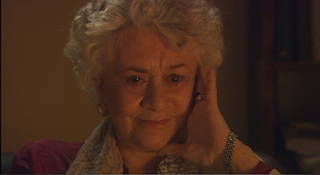 Altogether it's a diverting if not wholly successful film. It isn't slavish to the novel, but at times it's held back by it. The tone is askew throughout, but Mrs Palfrey at the Claremont is worth watching simply for Joan Plowright's wonderfully natural but luminous acting. The drooping of her right eyelid is heartbreaking.
Posted by The Brooknerian at 14:28