Malcolm examines, in sequence, Brookner's first nineteen novels, which were published yearly from 1981 to 1999. She breaks them into contiguous groups, headlining them as follows:
In 2000 there was a break. The five novels of the 2000s were published in 2001, 2002, 2003, 2005 and 2009. It would be interesting to see how Malcolm might characterise these works. They seem less easily categorisable, less homogeneous. In fact they're the Brookner novels that currently interest me most, though I didn't much like them when I read them on publication. The Bay of Angels and The Next Big Thing may perhaps be thought of as companion pieces insofar as they feature protagonists with genuine housing problems. But really I think each of the novels of the new century breaks new ground. Brookner was, as it were, in the words of the title of her 2005 novel, 'leaving home'. 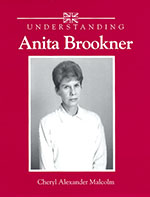 Posted by The Brooknerian at 18:30