Let's put 'At the Hairdresser's' (2011) to one side for the moment, and consider Strangers (2009) as Brookner's final novel. She possibly didn't expect it to be her last, yet it has a conclusive, a summative, air. She revisits themes, references, locations, character-types. Paul Sturgis may be traced to George Bland in A Private View (1994) most obviously, but he has antecedents in all those Brooknerians who find themselves flirting with other lives (the earliest example is possibly Blanche in A Misalliance (1986)). On the other side there's Mrs Gardner, a fairly hateful figure - hateful in a way Katy Gibb never was. Katy Gibb (A Private View) I've always found rather fascinating (but I'm probably as morally susceptible as George Bland). Katy Gibb and George Bland are both tremendously 'there', as John Bayley remarks, and Sturgis and Mrs Gardner somehow aren't as substantial. Strangers is a thinner, more exiguous novel: one can see this superficially in the briefness of its chapters, in comparison with the denser, longer chapters of earlier novels. In Strangers Brookner wants to finish and have done. She always wants to do that, but never is it so obvious. Or rather she finds, towards the close, that she's run out of plot, and must invent a trip to Nice and then a return via Paris. Sturgis's seemingly never-ending, protracted, frustrating travels are experienced, as they are by the reader, on the edge of nightmare. Nevertheless, a lesson is earned:


The evidence was all too clear: he could undertake no more excursions. He lay down on the bed, let himself drift off into sleep, not without a sense of nightmare. But this was standard now... (Ch. 25)

He has arrived, like Bland, at the end of his adventures, and Brookner has too. There will be no more excursions, no more novels. There will be 'At the Hairdresser's', but this will be a much more limited affair. With Strangers we all but finish the Brooknerian journey, grateful for a final fling, this rayon vert before the darkness comes down. 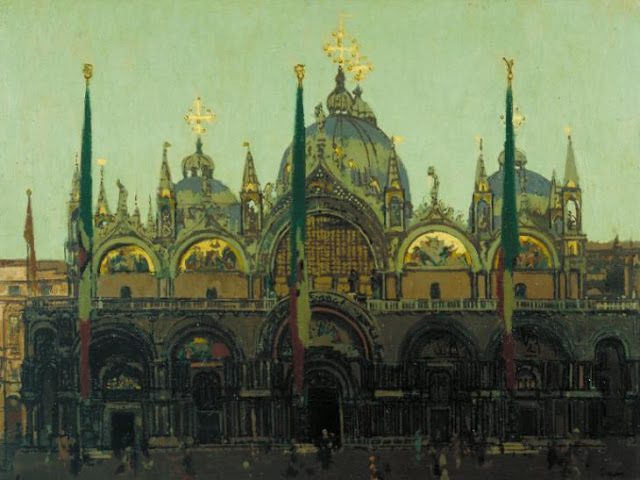 Posted by The Brooknerian at 08:11