Asked by John Haffenden whether Colette's book had significance for her, Brookner replied, 'Only the title.' It was Colette's extreme adamantine viability that attracted her. She admired the author as all the characters in her own fiction flock to those on whom the gods smile and who have the gift of living successfully.

Colette's 'virility', her 'innocent' sensuality, are themes in Brookner's piece in the Observer in March 1991 on Herbert Lottman's biography of the writer. But as ever with Brookner's reviews of such works, some hesitation is evident as to the validity or even the decency of the art of biography:


Her life is contained in all her works, where it is described with exquisite discretion. Herbert Lottman has read her books diligently, and has extracted as many facts as the general reader needs to know. He has also consulted a prodigious number of newspapers, and interviewed the handful of contemporaries who have survived her [...] The result is amiable and lively. It should, however, be pointed out that the book contains not one single attempt to review Colette's work as literature. [...] [T]he effect, happily, is to send one back to the books themselves, where Colette needs no mediation. 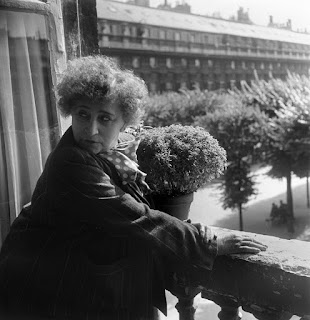 Posted by The Brooknerian at 06:55