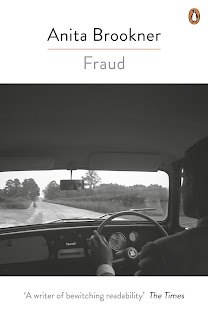 Fraud, Anita Brookner's twelfth novel, was published in 1992. I was then, I guess, in the early stages of my fandom. I ordered the book from the library I worked in part-time, was first on the waiting list. When I met Anita Brookner by chance (or design - see here) a month or so later I was able to tell her I'd finished her latest. She was, I recall, surprised. 'Already?' she said.

Even then, and in spite of the training I was receiving at the hands of my university tutors, I was always on the lookout for parallels between an author's life and works. Fraud struck me as rather interestingly close. The physical description of Anna Durrant in chapter 1, for example, could be of Brookner herself. And then there's the proximity of Anna's and Brookner's flats. Anna moves to Cranley Gardens, a mere stone's throw across the Fulham Road from Elm Park Gardens.

All of which lent a frisson to my first reading of Fraud. Beginning a reread, all these years later, I find it fresh and atypical. It starts like a police procedural. Anna has gone missing, and two detectives are investigating. Maigret is name-checked. Brookner loved her Maigret, was an avid reader of crime fiction. Her introduction to the NYRB edition of Simenon's Red Lights is very fine and was covered brilliantly in the recent Backlisted podcast. As has been pointed out by Ewan Tant on Twitter the following could be Brookner speaking of herself (or indeed of Anna in Fraud):


The formula is simple but subtle. A life will go wrong, usually because of an element in the protagonist’s make-up which impels him to self-destruct, to willfully seek disgrace, exclusion, ruin in his search for fulfillment and a fatal freedom which take on an aura of destiny. […] This divergence from his normal pattern of behavior will lead him to abandonment all safety, all caution, in the interest of that illusory freedom. 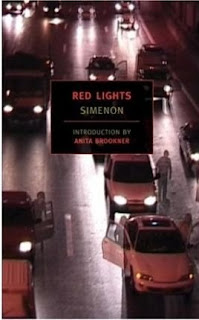 Posted by The Brooknerian at 18:29