Anita Brookner's hack work output was prodigious. Here's a selection from three decades of her Spectator reviews and articles. Many more are freely available on the Spectator archive and main sites.

(Click on the titles below to link to the original articles.)

The painful astonishment of a deceived soul: that line from Adolphe, via Brookner's Providence, might well be applicable here. Her dismay at being mentioned in Peter Wright's notorious Spycatcher is palpable even at this distance. But the dignity with which she sets out her 'great and steady anger' in this Spectator reply awards Brookner the undoubted moral victory. 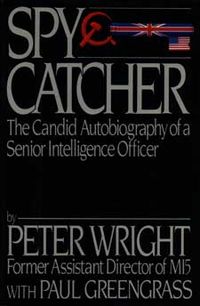 This piece on Oliver Sacks's Migraine is magisterial. An essay both restrained and candid.

Brookner, Kafka, Camus, Existentialism: who could ask for more? The 'grandeur de l'homme sans espoir': not for the first time, one senses Brookner writing about herself while ostensibly giving her invaluable verdict on others.

Brookner, 'our Henry James' according to one critic, here reads the Master's tales. Her views are as ever instructive, not only as to James's work but also as to her own. She has something to say on being English and being European. The English, she says, are for James synonymous with the Europeans. One doesn't think Brookner herself believed this.

I choose this not just for its rather treasurable title. It also represents an aspect of Brookner's review work that can be ignored: her willingness to engage with writers who would seem, at first blush, rather dissimilar from herself. But wait - look at her words here on Houellebecq's 'paganism' and think of all those references in Brookner's novels to the gods of antiquity. And think of Claire Pitt in Undue Influence, or George Bland in A Private View, and their adventures in foreign climes.

One of Brookner's last reviews. Here she considers Barbara Pym, with whom she was herself bracketed, certainly in the early days. Brookner's judgement on Pym, a 'domestic ironist', is markedly cool. There are mentions of Jane Austen, never a good sign in an Anita Brookner essay. 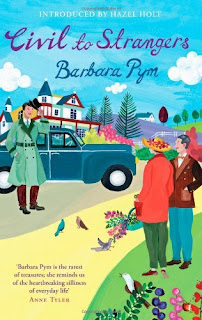 Posted by The Brooknerian at 07:42