Undue Influence: Forget What Did

Claire Pitt in Undue Influence has one of those low-grade dilettante jobs that come up time and again in Anita Brookner's novels: she's employed to sit in the basement of a second-hand bookshop transcribing the articles and notebooks of one St John Collier, the late father of the pair of elderly sisters who have inherited the store.

St John Collier wrote innocent uplifting pieces for old-time women's magazines. Later, when a brasher world had arrived, he took to writing notes for a projected memoir about his London walks.

But Claire discovers the notebooks to be disappointingly empty of interest. His walks became, over time, limited and half-hearted. There was a suggestion of a secret liaison with a woman called Agnes. 'I cannot go on,' he wrote on the last page of the notebook. 'There were no words left,' concludes Claire.

St John Collier's predicament mirrors or anticipates the growing dislocation and disaffection suffered by Claire herself. It also recalls a poem of Philip Larkin's, 'Forget What Did' from the High Windows (1974) collection.

In 'Forget What Did', a rare unrhymed poem, Larkin describes the process of 'Stopping the diary': a 'stun to memory', a 'blank starting'. Such writing had done no good, had only 'cicatrized'. And the empty pages? Larkin sees himself filling them with the kinds of things that might have interested Brookner's St John Collier:


Celestial recurrences,
The day the flowers come,
And when the birds go.

(Philip Larkin himself was a diarist. But when he knew he was dying he instructed his secretary (and sometime lover) Betty Mackereth to shred them. Reportedly she sneaked a peek: they were, she said, 'too terrible'.) 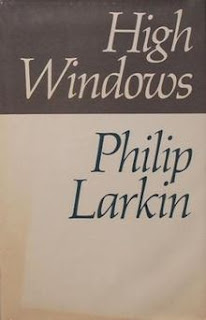 Posted by The Brooknerian at 17:28