'Let them think of you as always singing and dancing.'

Characters in Dickens have their catchphrases, which help to establish them in the reader's mind, distinguish them from others among a cast of hundreds, and re-establish them when they return after an interval away. Catchphrases are also a staple of comedy writing, especially in TV sitcoms - something we're used to nowadays, which possibly makes us more forgiving than E. M. Forster was in Aspects of the Novel: he castigated the practice as an indicator of 'flat' characterisation. 'I never will desert Mr Micawber,' says Mrs Micawber time and again in David Copperfield. 'Forster is generally snobbish about flat characters, and wants to demote them, reserving the highest category for rounder, or fuller characters,' says James Wood in his entertaining How Fiction Works, an Aspects of the Novel for today. 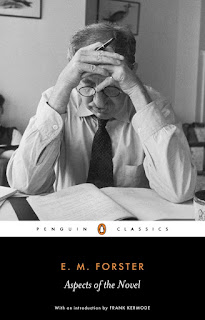 Dolly in Brookner's A Family Romance, replete with catchphrases as she is, always enjoining the narrator to sing and dance, nevertheless defies Forster's binary distinction. But A Family Romance is still strongly Dickensian, with many references to and echoes of David Copperfield in particular, and it is with interest that I note the following in chapter 37 of the latter:


After tea we had the guitar; and Dora sang those same dear old French songs about the impossibility of ever on any account leaving off dancing, La ra la, La ra la...

Posted by The Brooknerian at 08:37