'Why the country is so mean': Robinson by Jack Robinson 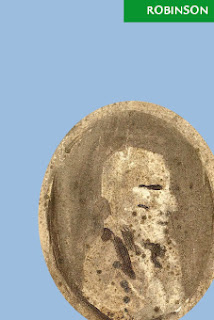 ...this country, by all measures one of the wealthiest in the world, appears to be so dilapidated, destitute, shorn of hope ... The UK is rich; there is wealth inequality, but that alone doesn't explain why the country is so mean.

Just over a year ago the UK voted to leave the EU. There are still some who celebrate this decision.

Daniel Defoe's Robinson Crusoe was published in 1719. Many people still think of it as a charming and harmless tale, even a book for children.

Jack Robinson's Robinson, with quiet subtlety and in detail, links and dismantles both these conceptions. 'Jack Robinson' is Charles Boyle of CB Editions and this is the companion volume to An Overcoat, earlier appreciated on this blog. It is as good and as brilliant as An Overcoat. Each is the A-side of the other.

Novel? Memoir? Literary criticism? Diatribe? Robinson politely requires that we abandon such labels. But what is the book about? It's certainly about Defoe's novel, a text that tells us much that we need to know about Empire, the schools system, British society, masculinity. But Robinson is also about the present, and the referendum result in June 2016. The narrator explores these things in the company of a figure called Robinson. And who is this Robinson? But one must resist the temptation to categorise. That is perhaps the message of the book: that categorisation is what got us into this mess in the first place.

The breadth of literary reference is impressive. No Brookner, but there wouldn't be. (There are no references to Defoe in Brookner's critical work,* nor Robinsons in her novels - at least as far as I know.) But Brooknerians will be pleased by mentions of Rimbaud; of Hyacinth Robinson from James's The Princess Casamassima; and of W. G. Sebald's arrival in the UK in the 1960s. (There is, by the way, another Robinson, an intriguing figure, in Elizabeth Bowen's story 'Summer Night' (1941), not referenced here. But I guess when you start on this path, you can end up seeing Robinsons everywhere.)

*though shipwreck is a favourite Brookner metaphor. Take this from The Next Big Thing: 'Those parents ... were too fearful of confronting the shipwreck of their hopes, and lived an obstinate illusion of normality in absolute denial of the facts of the case.' (Ch. 2)
Posted by The Brooknerian at 10:08