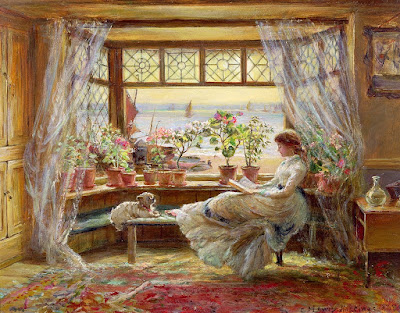 I'm sure I'm not the only person who spends an inordinate amount of time wondering what to read each summer. For me it must be a long novel, preferably a nineteenth-century novel. Such novels give me lots of comfort on my travels. Art cannot console you, said Anita Brookner. But I'm not sure I agree with her there.

Last summer, before my blogging days, before The Brooknerian was even a twinkle in my eye, I read or rather reread The Portrait of a Lady. That's one of the perils of getting older: the need to reread. I know I should try to find new things to read. But I know what I like, and, as I say, I'm looking for comfort.

This year I toyed with the idea of returning to the first Dickens I properly read, Bleak House. (I say properly read because anyone who's been through the British school system will at some point have read Dickens as part of their studies.) But at last I had a minor brainwave and decided on a joint reread of David Copperfield and Brookner's A Family Romance. Jane Manning, as you may know, reads David Copperfield as A Family Romance progresses, and it informs her sentimental education.

So the decision is made. I look forward to starting both soon, with due attention to an annual ritual. 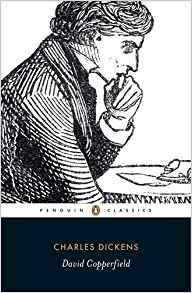 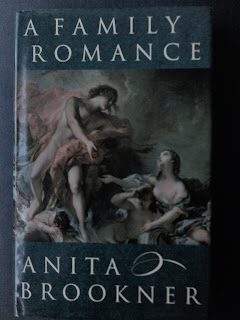 Posted by The Brooknerian at 16:52