She looked, Anita Brookner, to Henry James 'for moral scruple' (Haffenden interview, 1985), and not a few Brookner personages spend the long dark autumn afternoons and evenings of their lives in conclave with the Master.

There is, for example, Paul Sturgis in Strangers, regretting the loss of an evening he had planned to devote to the later novels, which, as his creator says, 'entail scrupulous attention'.

Or there's Miriam in Falling Slowly, in a coda to both the novel and her life, sitting daily with other casualties in a public garden. She reads What Maisie Knew, The Awkward Age and The Tragic Muse. There was nothing cheap about Henry James, she thinks. She likes too his reputation for modesty. He had deferred to worldlings, as if he were not more worldly than any of them.

Brookner explores such themes elsewhere. 'What exactly did Maisie know? Something that was not meant to be known, so that the corrupt reader, so much more corrupt than James himself, can intuit it well enough. And it was corruption that interested him. He himself was innocent, though his characters, markedly, are not.' (Spectator, 11 December 1999)

I think she is askew there. No one will ever know what Henry James knew. No one can ever truly sit in judgement over him, not even Anita Brookner.

Brookner's own Jamesian qualities have often been noted. 'She is our Henry James, conveying emotional nuances by what is left unsaid, observing the shaming secrets we dare not admit even to ourselves, said Philip Howard in The Times in 1994 of A Private View, one of Brookner's most accomplished dramas of consciousness.

Stylistically Brookner's novels resemble the works of James's middle period: The Portrait of a Lady, The Bostonians, The Princess Casamassima, The Tragic Muse. Read any of those, or the contemporaneous stories and tales, and you're in the Brookner world.

She tends, just as often, however, to be compared with Edith Wharton, surely a lesser writer, a James wannabe. Brookner doesn't help herself here, in interview referring approvingly to Wharton, and writing adoring introductions to The Custom of the Country and a selection of Wharton's short stories for Penguin. 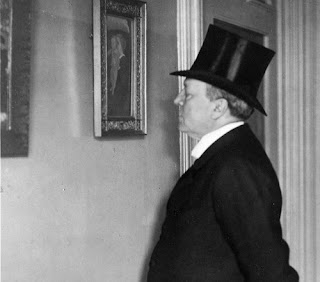 Posted by The Brooknerian at 06:23