A Stooge of the Spycatcher

In dealing with an author as private and even as secretive as Anita Brookner, one has to make much out of not a lot of material. For years I would listen to things like Desert Island Discs, but never once did Sue Lawley say, ‘My castaway this week is a novelist and art historian…’

But sometimes one made wonderful discoveries. In the days before the Internet I would pay visits to London libraries to examine files of back-issues of the Times Literary Supplement and the Spectator. I remember a marvellous afternoon one autumn in Senate House. I was leafing through old copies of the Spectator when I discovered a strange essay: ‘A Stooge of the Spycatcher: Anita Brookner explains how she was used by Blunt and Wright’. (Link)

I had of course heard about Spycatcher, which the Thatcher government had sought to ban. I knew also about Anthony Blunt, and his unmasking. So I read with interest. Phoebe Pool, possibly a model for Delia Halloran in Look at Me, was dying. It was the 1960s. Blunt, for whom Brookner worked, persuaded his colleague to visit Miss Pool; afterwards he would ask her what the old woman had said.

Brookner suspected nothing sinister in the arrangement: Miss Pool was simply an eccentric frequenter of the Courtauld’s library. Yet in 1987, when the book Spycatcher was published, it was made clear that Pool had held treacherous information of interest to Blunt and Wright. Brookner indignantly insisted on her own innocence and condemned the fantasy of moral immunity nurtured by those who had used her:

With the hindsight of 1987 I feel a great and steady anger. My anger is not so much directed at Blunt and Wright as at the fictions of immunity they both embraced. Such fictions are very dangerous in real life, although they go down well in other spheres: 'With one bound Jack was free.' I believe that both Blunt and Wright shared this dangerous ideology, and that Peter Wright continues to maintain it. As time goes by their involvement with each other should provide novelists with more excellent material. But the verdict of history will be to condemn them both as indistinguishable.

One might make, in conclusion, a link between the secretiveness of Brookner and the secretiveness of spies. But that would be cheap. One notes instead the value Brookner placed on ‘accountability’: it was the essence of true friendship, she said in interview. (One notices also, by the by, a certain distaste for fiction. Brookner was perhaps never a whole-hearted purveyor of fiction. There were times when she felt positive about it, when it seemed to release her from the despair of living; but nothing lasted and it always had to be done again. It was, as she told Haffenden, outside the natural order, and a penance for being unlucky.) 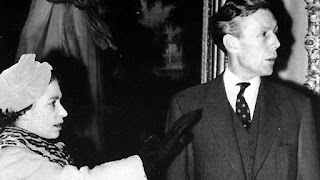 Posted by The Brooknerian at 12:08