Brookner at the Booker #3

A fascinating piece of Brookneriana: Anita Brookner being interviewed on the radio at the 1984 Booker Prize reception. I'm rather cross with myself for not finding it earlier. Not that it reveals much. Brookner gives responses that are familiar from several of her interviews. The male interviewer's tone is typical of the era: condescending, paternalistic. But it is Brookner's tone that is of interest. She is amused, even whimsical. This is probably euphoria; she's just won a major prize. But one wonders whether, speaking to the likes of John Haffenden or Shusha Guppy, her tone wasn't similarly humorous. 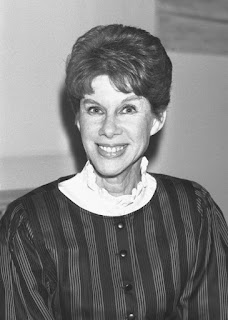 Posted by The Brooknerian at 19:21