Dolly, in A Family Romance (or Dolly, if you prefer), hails from the rue de la Loi, Brussels. As I've noted before, I haven't much knowledge of that part of the city - an omission I rectified this (very cold) morning, in a feat of what felt like extreme Brookner tourism.

We start with the menacing arches of the Cinquantenaire, which, for the child Jane, seem to mark the limits of the known world: 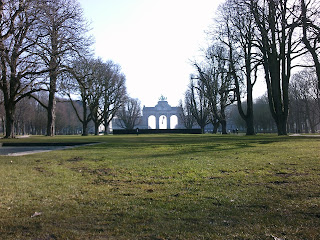 In the next picture the arches are seen again, at the end of the rue de la Loi: 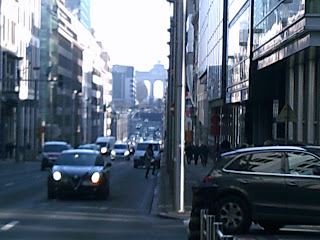 And here are some buildings Dolly might have lived in: 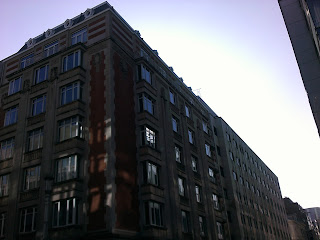 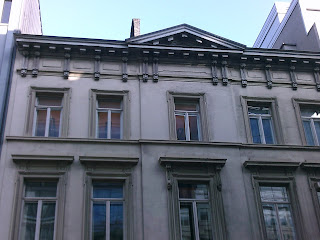 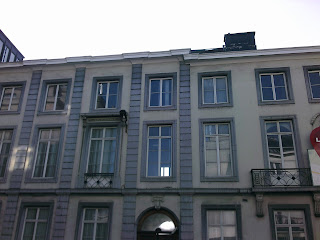 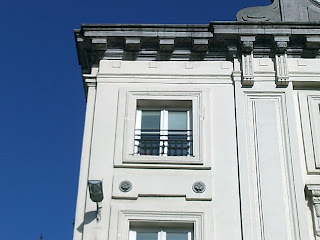 Posted by The Brooknerian at 15:01