What a subversive joy it is to discover Muriel Spark. Of course I knew The Prime of Miss Jean Brodie, but I left it at that. But this Spark centenary year I've delved further, and Loitering with Intent (1981), Spark's sixteenth novel, is easily the most pleasurable so far.

On one level it's because of the story, a social comedy about a fairly ridiculous organisation called the Autobiographical Association. Why has Sir Quentin Oliver set it up? Why does he want to entice old friends to commit their scandalous secrets to paper? Has he blackmail in mind? And what are the connections between these events and those to be found in the novel the beady-eyed narrator is writing? The plot is intriguing; the atmosphere of post-war London is precisely evoked; the characters ('which resembled more and more the bombed-out buildings that still messed up the London street-scene') are funny and surprising; and the narrator, a true Spark avatar, is sharp and engaging.

But it is Spark on writing that gives the reader pause:


I wasn't writing poetry and prose so that the reader would think me a nice person, but in order that my sets of words should convey ideas of truth and wonder...

Warrender Chase [the main character in the narrator's novel] never existed, he is only some hundreds of words, some punctuation, sentences, paragraphs, marks on the page.

Such utterances are as disturbing as they are thrilling. They seem to stretch the reader's good faith. There's something diabolical about Spark; there always is, but elsewhere it has more to do with her manipulation of her characters, who nevertheless exist, aren't in quite so much doubt.

What sort of writer was Muriel Spark? 'The true novelist, one who understands the work as a continuous poem, is a myth-maker, and the wonder of the art resides in the endless different ways of telling a story...' I think of Brookner as I read this, though she was a writer who made many fewer claims for her work. Spark's headstone, in Italy, reads 'poeta'. If Anita Brookner had wanted one (she didn't) the same word might have applied.

And lastly, what is the relation between Spark and autobiography? Is Loitering with Intent 'autofiction'?


People often ask me where I get ideas for my novels; I can only say that my life is like that, it turns into some other experience of fiction, recognisable only to myself.

The awkwardness of the phrasing suggests a straining at the limits of expression - suggests the expression of something authentic, personal, radical. 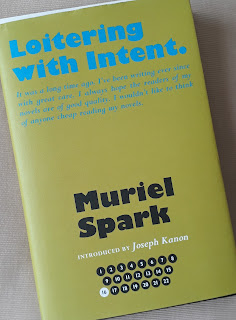 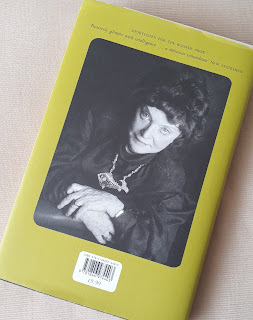